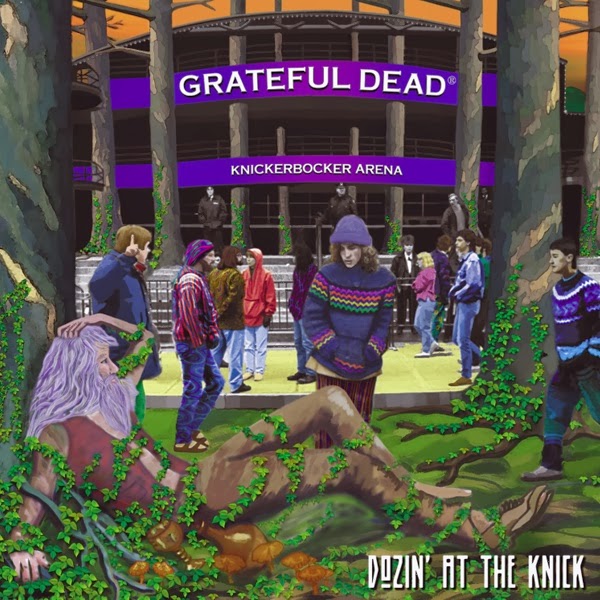 This song is a bit obvious for today. My second son was born on 2/6/14 at 6:16am, and we brought him home this afternoon. This song really speaks to the occasion in both a lyrical and metaphorical way. Swap out the words “little girl” for “little boy,” as I’m sure plenty of Dead Head parents have done over the years, and this song becomes immediately applicable to your life. I know that Brent had his demons and that in the end the promises he makes in this song ultimately became hollow when he passed, but I’ve always chosen to focus on the sweet, sentimental, and parental aspects of this song. I’ve always liked the tune, but it’s taken on increased significance for me since my first son was born and it’s just as poignant today with my second.

I only have three versions of this song on official releases: the album version on Built To Last (which I actually heard in the car this morning and helped prompt this selection), the Dozin’ version, and the one on Nightfall of Diamonds.

I opted for the Dozin’ version because it’s the one I’m most familiar with, and I love the Spring of 1990. This particular version comes out of space and Jerry is working with various members of the brass section throughout. I know that a lot of people don’t like Brent, especially when he sang, and find this song a buzzkill, but not me. I find the MIDI work on this very really interesting and I like Jerry’s experimentation with different brass instruments. I think they add a lot of dynamic and texture to the song. Near the end, around 4:40, Brent really holds onto the final “will” of the eponymous line in the song and I just find it moving. (Kind of like the poignancy of his “rap” during Blow Away on 7/7/89.) So give this version a chance!