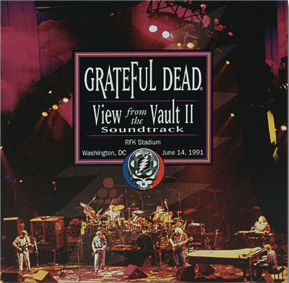 I use iTunes a lot of organizing my music but one of the features I don’t really use is the rating system. Over the years I’ve rated a few Grateful Dead songs here and there, when I remember to do so, but by and large I know what I like and where those things are. Nevertheless, I put together a smart playlist that pulls together everything I have rated over the years into one place so that I have some go-to options when I get stuck trying to decide on something to post here.

I still remember where I was the first time I realized how great this version of Stella Blue is. I was working at CU Boulder and driving on US-36 to work one day. We have satellite radio and I was listening to the Grateful Dead station as I always do. I typically took the bus to work so I don’t know why I was driving this particular day, but I do remember hearing this song and being determined to figure out what the date was. It wasn’t too hard to pin down the era and after a little digging I figured out it was from this video release.

When the DVD box set came out a couple of years ago I picked up a copy so now I have all of the View From The Vault DVDs. Score! I haven’t actually watched this one in a while, but now I’ve got the itch to do so. More Grateful Dead homework for me.

The tail end of space greets the listener at the beginning of this track but the madness of experimentation eventually gives way to the familiar strands of Stella Blue. The band eases into the song slowly and Jerry meanders around the point before making an emphatic start to the song. It’s clear where they’re going at this point but the Big Man is just delaying the inevitable. Around the 4:00 mark Stella Blue proper gets underway. This doesn’t deviate widely from the primary song structure. Bobby plays some intriguing phrases underneath, but this really sounds like an opportunity for Vince and Bruce to fill out the song. Vince approaches with keys and a full synth sound while Bruce counters with clear grand piano and pronounced runs up the keyboard. The band adds more oomph right before Jerry’s solo, which starts just after the 8:00 mark. He initiates a few lightening quick runs then rides the roller coaster up and down. After the final verse Jerry guts out an extra “Stella blue!” or two. Clearly he’s feeling it this evening. The solo that follows is not as busy as the previous take, instead taking a much more laid back approach. The tonal palette is quite interesting. Jerry and Bruce opt for clarity while Vince and Bob utilize more crunch. It all rolls into one though as the song peters out.